An Essay by Ann Thomas

From Conversations in Time to New Narratives: Building Photograph Collections for the Future

The history of photography is marked by numerous milestones, many of them emerging from its complicated relationship to the changing definitions of what constituted a work of art. While these moments are too plentiful to itemize here, some defining instances in the medium’s history stand out more starkly than others–such as Alvin Langdon Coburn’s 1916 observation:

“Why should not the camera also throw off the shackles of conventional representation and attempt something fresh and untried? Why should not its subtle rapidity be utilized to study movement? Why not repeated successive exposures of an object in motion on the same plate? … Think of the joy of doing something which it would be impossible to classify, or to tell which was the top and which was the bottom!”1

Time will not diminish the significance of Coburn’s radical, albeit short-lived, foray into photographic abstraction. His extraordinary series of Vortographs are not only landmark images in the history of photography, they are eternally engaging objects of beauty.

Modernism inspired photographers to embrace a new iconography and to experiment with novel approaches to formal expression as did Postmodernism. In recent decades we have seen the appearance of camera-based artists, the Pictures Generation, and the New Topographics. While the philosophical wellsprings of Conceptual, Pop, and Minimalist art had an impact on photographic practices of the latter half of the 20th century, photographers did not feel the same pressure to legitimize their image-making by adopting stylistic conventions coming from contemporary art practices as did their late 19th century predecessors. This is in part because photography was an essential part of the contemporary artists’ toolbox in the 1960s, and not merely as an aide-memoire.

Since the late 1970s and 80s, we have witnessed ever-expanding boundaries of experimentation in photography. The explosion of imagery on the internet, advances in digital technologies, revelations of new micro and macrocosmic forms in scientific imaging have inspired departures into new forms of expression and transformed ways of visualizing portraits, landscape, and political commentary.

Narratives of a diaristic, typological, and political nature and even the portrait genre have adopted pictorial strategies of presentation ranging from casual (or self-consciously casual) arrangements of unframed snapshot images on gallery walls to formal grid arrangements, framed and hung in a specific order.

While the photographic image has a modest history of serving as an iconographic element, Erik Kessel’s installation Abundance raised the bar significantly when in November 2011, he unloaded on Foam’s gallery floor a million printed images that he had downloaded over 24 hours from Flickr, Facebook, and Google. Indeed, the profusion of photographic images both presented to us on gallery walls – and floors – and streamed at us, whether captured by analog or digital means, is not just a force to be reckoned with but an attribute of today’s image culture that museums need to adapt to.

It is also a source of inspiration for many contemporary artists. Installations by Moyra Davey, Steven Shearer, Ulrich Tillmans, Taryn Simon, and Geoffrey Farmer exploit the rich, seemingly bottomless reservoir of created and culled photographic images. This brings me to the question regarding museum collecting practices today. How do museums collect photographs in a way that ensures that the collection retains relevance as artistic practices and technologies change in time?

I would like to take the collection for which I had responsibility from 1994 to the present as an example, not because I consider it the ne plus ultra of museum collections but because I know it well and it also allows me to illustrate why I believe that photographic collecting in museums should be deep and broad. Also, I appreciate the foresight and determination of my predecessor the late James Borcoman applied to establish parameters for the collecting of photographs in 1967.

The National Gallery of Canada was the first National Gallery to collect photographs as art and at the beginning, it was assumed that the collecting pattern would follow that of painting and sculpture and that photographs would be acquired one print at a time – as single masterpieces. Had this been accepted as a founding principle the collection would not be a fraction of the resource it is today. Borcoman corrected this misapprehension by introducing his colleagues, the museum’s administrators, and its trustees to a new collecting reality.

Central to the several points that he made in presentations to the Board of Trustees was the need to respect photography’s distinctive nature, namely, that its reproducibility and the relative rapidity of image capture resulted in a more voluminous output by artists working in the medium. He persuasively argued for an appreciation of this to be reflected in the institution’s collecting of photographic images. Photographers might make thousands of prints in a career, he pointed out, and if the museum was to properly represent their contribution, it had to adopt a new collecting norm that applied to photography, its history, and the current practices around it. This would involve collecting a significant volume of images in a year. He also recommended that the work of major contributors to the medium is collected in-depth and that the collection be comprehensive, starting with the pre-history of the medium and including the work of today.

I was particularly struck by the wisdom of having implemented collecting strategies of comprehensiveness and in-depth representation when I set about selecting works for an exhibition The Extended Moment to celebrate fifty years of collecting photographs at the National Gallery of Canada in 2017.

The depth and breadth of the collection made it possible to show how the medium had evolved technically and conceptually. Starting with pairings of images by photographers working centuries apart, it was possible to trace the rich and complex story of image-making through photography. Étienne Léopold Trouvelot (1827-1895) and Hiroshi Sugimoto (b. 1948) for example, experimenting with electrical charges, or Gary Schneider (b. 1954) and Adrien Majewski (active France 1890s) exploring the direct thermographic exposure of the human hand on a light-sensitive plate.

The juxtaposition and counterplay of images from the past and of the present set up a visual conversation that underscored the mutual attraction to certain ideas and subjects even when the photographers were separated by tens of decades and working with different technologies, and processes. These works were displayed in proximity to one another.

The epic nature of photography from the new millennium became increasingly apparent during the selection of works for the final section of the exhibition, New Narratives. Photographers’ use of multiple images to create single works often in massive grids is another part of the medium’s complex syntax. This compositional structure had its origins on a more modest scale in an earlier decade. Sophie Ristelhueber’s parsing of 71 photographs, each measuring 100.6 x 124.8cm, in Fait 1992, took this narrative structure to new heights – and lengths! Likewise, Sammy Baloji’s masterful critique of colonial occupation in Essay in Urban Planning, – a more recent example – uses the grid as an effective pictorial schema. Then there were the extraordinary large-scale single works – another development of the last several decades. I realized, much to my regret, that while works by Stan Douglas, Lynne Cohen, Zhang Huan, Isabelle Hayeur, Andrew Moore, Nicolas Baier, and several others were included, there were many other major large-scale works that had to be dropped due to space restrictions.

The kind of foresight shown when establishing the collecting premises for photography, unfortunately, fell short when we planned intimately scaled Photographs and Prints and Drawings galleries for our new building in the early 1980s. Nothing had prepared us for the ambitious and compelling scale of works from the late 20th and early 21st centuries.

Iconic works have been added to the bedrock of the collection: a Vortograph enriches the Gallery’s small but substantial collection of Coburn gum prints, a platinum print of Frederick Evans’ “Sea of Steps” fleshes out the holdings of his work acquired from Evans’ son in 1967 and the fine print of Dorothea Lange’s “Migrant Mother” is a showstopper. Building a collection of photographs that not only reflects diverse Canadian ethnicities but also a global identity has been a priority and a shared and consultative effort between three departments: Photographs, Contemporary Art, and Indigenous Art. Photographs are as much cultural artifacts as works of art or documents, and as we progress further into our new century it is important that our collections be enriched in breadth and depth, and that our exhibitions address and celebrate the medium’s diversity and complexity. Museum decision-makers who are often scholars from more traditional areas of art history may require gentle prompts regarding the need to collect widely and deeply in photography, as well as to plan generously for the storage and display of contemporary photographs.

Given the right opportunity, curators – and collectors – are builders and pioneers. They are also lifelong learners. As I leave the museum world I am profoundly grateful for having been generously supported in all three roles. 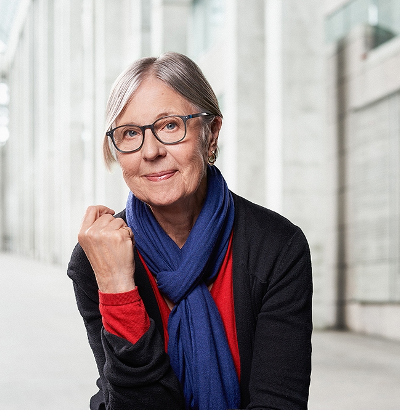 1 Alvin Langdon Coburn, “The Future of Pictorial Photography”, Photograms of the Year, 1916, pp. 23-24 reprinted in Photography Essay and Images Illustrated Readings in the History of Photography, Edited by Beaumont Newhall, New York: Museum of Modern Art